Travelers entering Thailand will simply need to produce documentation of either a vaccination certificate or a negative RT-PCR or professional ATK test result obtained within 72 hours of departure. Bangkok, June 17, 2022; Thailand's Centre of COVID-19 Situation Administration (CCSA) today authorized the abolition of the Thailand Pass registration scheme and a US$10,000 health insurance requirement for foreign tourists, both of which will take effect on July 1, 2022. Both criteria were initially waived for Thai citizens beginning on June 1, 2022. 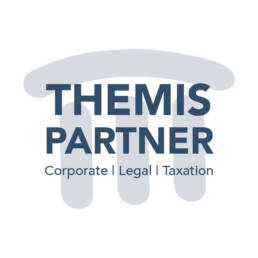 Get help on how to manage your trip to Thailand

Foreign nationals will only be needed to present proof of either a certificate of vaccination or a negative RT-PCR or professional ATK test result within 72 hours of travel beginning July 1, 2022. These can be printed or digitally.
Arrivals at Thailand’s international airports or land border crossings will be subject to random inspections (in 22 provinces). Unvaccinated/not completely vaccinated travelers who are randomly screened and cannot demonstrate documentation of a pre-arrival negative test will be subjected to a professional ATK test at the point of entry.
Meanwhile, the CCSA authorized the classification of Bangkok and 76 provinces as Surveillance or Green Zones, facilitating the return of routine business and activities across the country. While maintaining the universal preventative safety and health measures, the Royal Thai Government is planning to issue a new set of rules as the country enters post-pandemic mode like the suppression of the Thailand Pass

According to Deputy Government Spokeswoman Traisuree Taisaranakul, foreign travelers entering Thailand by land or water would still be have to fill out the form. To alleviate passenger congestion at international airports, the government will temporarily waive the obligation for overseas travelers to complete TM-6 immigration forms.
Ms Traisuree added that immigration agents may still gather data on arrivals at airports using biometric technology, and that airlines can provide further trip data. Following a cabinet meeting on Tuesday, Prime Minister and Defense Minister Prayut Chan-o-cha indicated that this will simplify the process for overseas tourists, who are already obliged to fill out a slew of paperwork upon arrival.
As the number of foreign arrivals has grown, it will also assist reduce congestion, he said. Thais have not been obliged to fill out a TM-6 form since 2017.
General Prayut indicated that officials would evaluate the outcome of the announcement and consider whether it needs to be changed, especially if passengers cannot be located. The Interior Ministry will expedite the announcement’s creation, which is estimated to take a week.
She believes that the adjustment will save around 45.5 million baht in annual printing costs for an anticipated 65 million TM-6 forms. Because of these developments, we do not expect the Thailand Pass to be completely removed on July 1st, and it is still unclear how 90-day reporting would function if the TM6 card is used. If you want to go to and remain in Thailand for an extended period of time, you can contact us for Thailand insurance.

The TM30 App will be released

The same laws extended to landlords and property owners, who were required to report foreigners sleeping on their property within 24 hours. There were holes in enforcement along the way, with all kinds of variations and conundrums being discussed in organized panel sessions and online, with little of it resolved with any surety by Thai immigration officers. “We made our choice last Friday.” In two to three months, things will be considerably better for international tourists and expats. Foreigners would be able to alert immigration officials of their moves with four smartphone clicks, meeting the 90-day reporting limit.”
According to khaosodenglish.com, Thai immigration is not only getting rid of the TM6 forms, but they are also preparing to create a new mobile phone app to make TM30 reporting even easier. The decision to shift TM30 reporting online was approved by Nattapon Sawaengkit, the Deputy Immigration Commander, but responsibility for communicating the facts was delegated to another officer. Foreign visitors will soon no longer be needed to fill out the “TM6” arrival documents, in what looks to be a substantial revamp of immigration processes, dare we say “modernisation.” For decades, passengers have been perplexed by the white and blue form, which they attempt to fill out on aircraft or hastily when arriving at immigration offices without them.
He also noted that a smartphone app may make TM30 reporting easier. Kobsak Pootrakool, the Prime Minister’s Deputy Secretary-General, stated on Tuesday that a new software is being created to allow long-stay foreigners to submit their 90-day reporting via their smartphones. The modifications, according to Kobsak, are intended to attract more visitors while still providing for the kingdom’s present population. The TM30 form and its companion, the TM28, have been a source of annoyance for expats for the past five months, since the immigration department decided to enforce a little-used 1979 law that requires foreign people to report their whereabouts if they stayed overnight at an address other than their registered address. The decision was taken to become all-digital with the arrival procedure for a variety of reasons, including the storage of all the white and blue cards.

Get help with your visa application process

How to apply for LTR visa in Thailand?