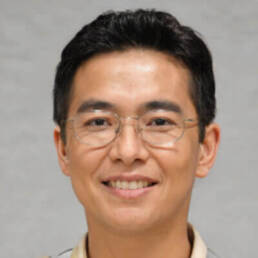 Themis Partner offers complete legal, accounting and business services, including expertise in assisting foreign-owned companies to obtain a foreign business license (FBL) to make sure that the company’s activities are not limited by the Foreign Business Act (FBA). The FBA is a Thai law dating from 1982 which regulates the access to foreign ownership in Thai companies. In addition, it prohibits any foreigner from owning more than 49% of the shares when registering a company in Thailand without first obtaining a Foreign Business License. This license allows foreign investors to hold the majority or all of the shares of a Thai company without restriction. It is therefore important to highlight all the steps required to apply for, obtain and benefit from the FBL.

FBA’s definition of a foreigner

A person who does not have Thai nationality or a juristic person who is not registered in Thailand is considered a foreigner under the FBA. A juristic person registered in Thailand but with non-Thai natural and/or juristic individuals holding more than half of the capital shares is likewise considered foreign. A limited partnership or a registered ordinary partnership with a foreign individual as managing partner or manager is subject to the same rules. Foreigners, as stated above, are prohibited from conducting business in Thailand without first obtaining permission from the appropriate authority. After acquiring a license from the Director-General, two sorts of “special” foreigners may operate (certain) businesses:

What is the FBL Foreign Business License?

An FBL application allows a foreigner to own 100% of the shares of a company located in Thailand. A foreigner who meets the criteria set out in the FBA will be required to apply for a FBL license, with the exception of certain activities that are not listed in the FBA. In this case, the business may be wholly foreign-owned and will not require an FBL Foreign Business License.

⚠️  Furthermore, although the nominee system is commonly used by foreign shareholders in Thailand, allowing them to own 100% of the shares and be exempted from certain conditions, it is completely illegal according to the FBA.

The use of this system allows a foreigner to bypass the ownership of Thai shareholders in a company and control the company themselves as minority shareholders or CEO. The government closely enforces this prohibition, the violation of which is punishable by a fine of up to 1 million Baht and 3 years imprisonment. The prohibition on using a nominee name and the difficulty of associating with a Thai shareholder for a foreigner will lead him to apply for an FBL Foreign Business License. 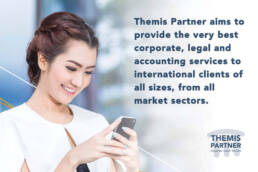 Including all required licenses

Before applying for a FBL Foreign Business License, foreigners must ensure that a number of conditions are met, depending on the activity they wish to carry out. First of all, according to the FBA, there are different types of business activities in Thailand. They are grouped into three lists.

The first list concerns activities that are strictly forbidden to foreigners. A FBL Foreign Business License cannot be obtained in these areas. However, a foreign company can apply to carry out this type of business under foreign trade agreements such as the Thai-US Treaty of Amity or the TAFTA Thai-Australian Free Trade Agreement. Outside of this case, foreigners can only hold 49% of the company’s shares in this type of activity. The shareholders will then have to apply to the Department of Business Development (DBD) for an equity stake in the company.

List 2 includes activities related to national security or impacting on arts, culture, traditions, customs and folklore, handicrafts or natural resources and the environment. List 2 activities are prohibited to foreigners, except under certain conditions:

If the conditions are met, the foreigner can apply for a FBL Foreign Business License which must be granted by the Minister of Commerce and approved by the Cabinet. If the foreigner is granted a license, his company can then hold more than 49% foreign shares and a minimum capital of three million baht.

List 3 identifies activities in which Thai nationals are not prepared to compete with foreigners. These are prohibited to foreigners unless permission is granted by the Director General of the Department of Commercial Registration and approved by the Committee. In this case, the company may then hold more than 100% of the shares of a Thai company. Engineering services, architectural services, legal and accounting services, tourism agencies and the sale of food or beverages are among the activities on the list.

In the event that a company applies for FBL Foreign Business License for any of these activities, its minimum capital cannot be less than THB 3 million. In addition, 25% of the capital must be repaid at the time of incorporation and 25% every year for 3 years.

In addition, the foreign person must comply with a number of conditions listed in section 16 of the FBA. Indeed, the person must: 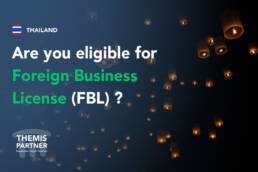 In order to apply for a Thailand FBL Foreign Business License, the foreigner must provide the following documents:

How long to obtain a Foreign Business License?

A foreigner must apply to the Minister or the Director General in accordance with the rules of the Thailand Bond Index Fund (ABF). The latter are therefore obliged to review the application, and give approval or refusal within the time limit. The review period for approval of the application is 60 days. The operation of the activity can only be carried out after the license has been obtained.

We are recommended by local & international authorities

In issuing this FBL license, the competent authorities analyse a number of criteria listed in Section 5 of the FBA to determine the effect of the business activity in Thailand. These include: benefits and detriments to the safety and security of the nation, the economic and social development of the country, public order, the size of the business, local employment, national values in arts, culture, traditions and customs, conservation of natural resources, energy and environmental preservation, consumer protection, technology transfer and research and development.

ℹ️  If the company seeking a license is the only one engaged in this type of activity and therefore does not compete with Thai companies its chances of FBL license approval are more likely.

What remedies if a FBL is refused?

In case of rejection of the FBL Foreign Business License application, a written notification will be sent to the applicant within 15 days of the decision. The applicant has a right to appeal the administrative decision. The appeal must be submitted within 30 days of the date on which the applicant received the notification. The Minister of Trade is obliged to decide on the appeal within 30 days of its receipt. The decision of the Ministry is final.

There are certain exceptions that allow a foreigner to set up a business in Thailand where the majority of the owners are foreigners without prior approval. This is the case for activities not included in the FBA lists. These exceptions include:

Therefore, the foreign investor may own the majority or all of the shares of a Thai company without restriction and without initiating an FBL Foreign Business License procedure.

Alternatives to FBL for foreign ownership

There are two possibilities for foreigners in this situation:

Firstly, they can apply for the issuance of another document the Board of Investment (BOI). A BOI company will not be subject to the FBA restrictions.

Secondly, the second option is to form a company under the US Treaty of Amity, which has not yet been renewed. This treaty allows US companies and citizens to retain a majority interest or own a wholly owned company, representative office or branch office located in Thailand and thus benefit from the FBL exemption. 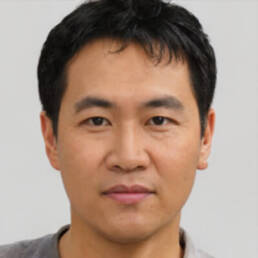 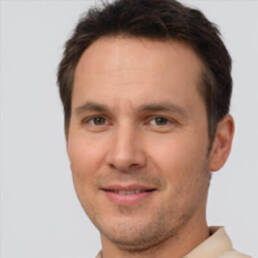 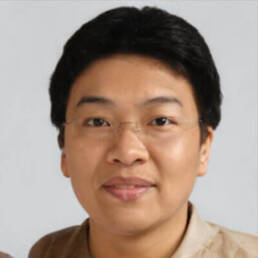 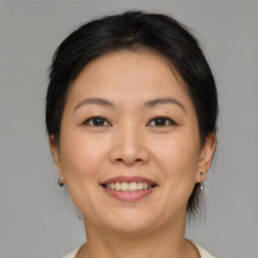